To update the firmware of a Luos module, you need to re-flash it. Basically, this means re-writing its internal software.

It's a rather simple process but there is a few things to know.

The different modules, their firmware and their location

First, you can find the modules location in the torso on the figure below:

Here is the different module present in each part and their associated firmware:

The up-to-date version of those firmwares can be found on GitHub: https://github.com/pollen-robotics/reachy/tree/master/luos-modules.

There are also available directly on the Raspberry-Pi of the robot in ~/dev/reachy/luos-modules. Make sure to update the git repository to get the latest version!

How to flash a module

Once you've located the module you want to update and download its firmware, you are ready to flash it.

To flash a module, you will need a computer with dfu-util installed and a micro USB cable. The Raspberry-Pi of the robot can be used. The image we provide comes with dfu-util already installed.

On the Raspberry-Pi of the robot, this can be done with something like this (to flash a Force sensor):

If everything goes well, you should see something similar to the image below: 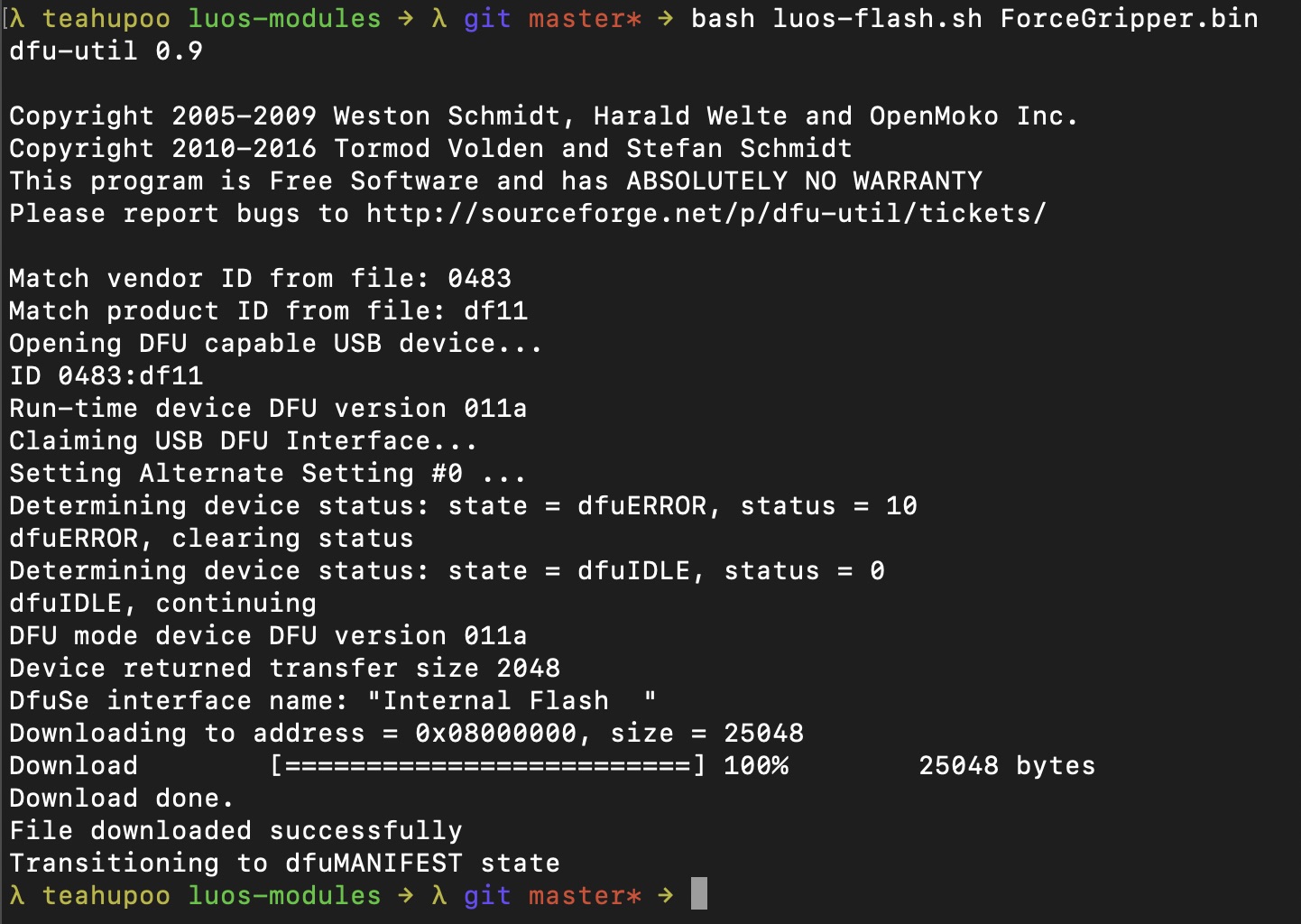 For Orbita, the process is slightly different.

This is the tricky part, you have to first connect the USB, then the power! Otherwise the module will refuse to be flashed.